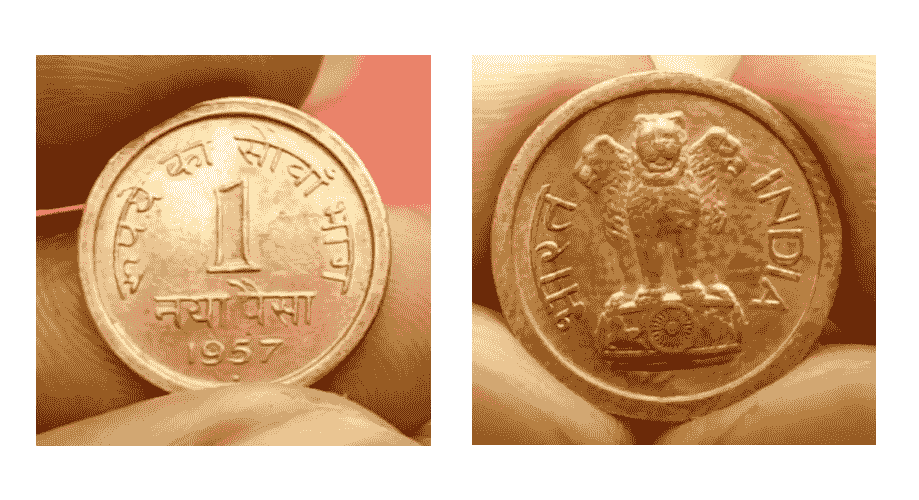 1 Naya Paisa Coin was introduced in 1957 were 1 naya Paisa equivalent to 1⁄100 (रूपये का सौवाँ भाग). Before Paisa or Decimal system was introduced, India have the Anna system where 1 Rupee has 16 annas.

After 1955 Indian Coins were part of the Decimal System earlier Indian currency was part of the Anna system. On 1 June 1964 Naya Paisa Term was dropped and called One Paisa only. Naya Paisa was no more a legal tender in India which means you can’t buy anything with it but still it’s collectible for coin collectors.

Q. How much selling price of one Naya paisa right now?

Ans. As I told you earlier price always depends on Coin condition, Year & Mint in 2020 you can get up to 100 Rs for Such coins.