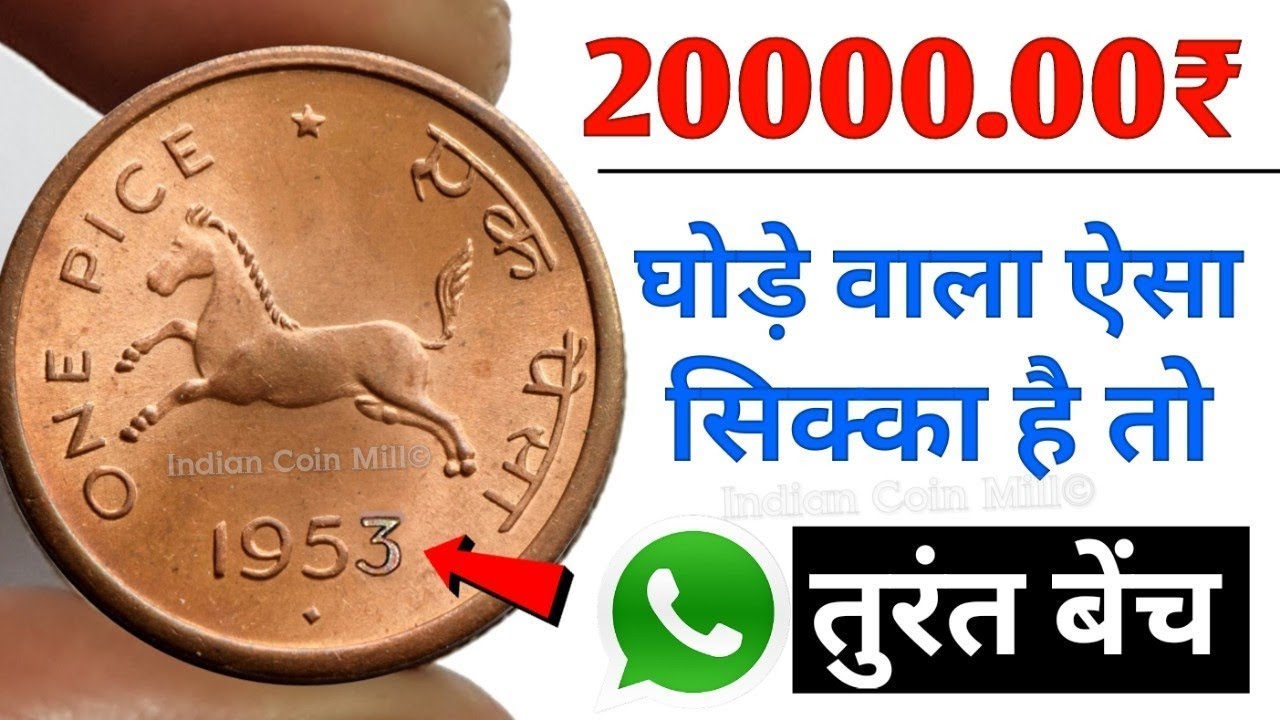 So friends, today we are going to talk about the most valuable coins of this 1 paise (1 Pice) horse coin, which coins are rare, what is 1 Pice Coin Value from 1950-1955 and which should you collect?

If you have already collected such 1 paise coins, then today we are going to give you complete information about which coins can give you the highest price. And at the same time, we will also tell you that if you have any such coins then where can you sell them?

1 pice coins are very rare in today’s time. These coins are rarely seen in the common household. These coins have an Ashoka Loin Capital design on the front side of the coin Government of India is also written. The back side of the coin has a horse picture. One Piece and एक पैसा is mentioned with Year and mintmark. The coin was minted with bronze metal with a weight of 2.92g. These coins were kept minting from 1950 to 1955.

After this, let’s talk about the most valuable coin, which is the Hyderabad coin issued in 1953, if you have such a coin, then you can get 1 such coin up to ₹ 25,000 at present.